Born in San Juan, Puerto Rico, Leonardo “djleony” Vega started spinning records at the age of 13. His passion for music and determination to be the best propelled Vega to DJing the most popular parties of his time. Then came the club scene… and the deal was sealed.

Over 2 decades DJ Leony has shared with the public his devouring passion for spinning and becoming a true star of the discotheque. Mixshow veteran with radio roots in Orlando, he has effectively entertained national masses since 1997. Before becoming the resident mixologist for KQ103, Leony had continued success at WPYO 95.3 (Party’s Mix Factory). Today he dominates the radio scene & Internet radios with his exclusive Electronic Dance. For 5 years, his acclaimed approach to House music landed him on Sirius/XM (((bpm))). There, Passport 2 Dance (P2D) was born. Leony’s P2D was the latest addition of Club Phusion @iHeartRadio now you can catch him on RadioDanz (TuneIn top 5 app station) Saturday nights (10pm ET), where Vega mixes the channel sounds, shooting up his listener’s adrenaline always leaving them wanting more. For your Progressive and Electro House fix mixed with big-in-the-moment hits.

For years his residency at Universal Studios City Walk (Orlando) allows him to keep his skills sharp while entertaining audiences from all over the world. He knows his crowds so well because he is just as big a fan as they are of his music. Just like the thousands he plays for, Leony lives for the music. He tries to maintain a close connection to the people who come to hear him play because like them, he is a music fan first. With his stick drive and headphones in hand, Leony moves masses in his own unique way. He has played some of the biggest clubs and festivals in Orlando. “Whenever I play anywhere, I feel like I’m at home, I look down to the dance floor and I see my people, they understand me, they understand what’s going down as I spin my tunes.” It’s a journey that happens week after week, and Leony is their guide.

As one of Promo Only’s lead programmers, Leony has an outstanding record breaking the hits within both Dance and Latin music market. Vega’s top honors where awarded at the prestigious Winter Music Conference – 2003 Best Latin Remix Award and 2012 Latin Dance Music Legend Award. 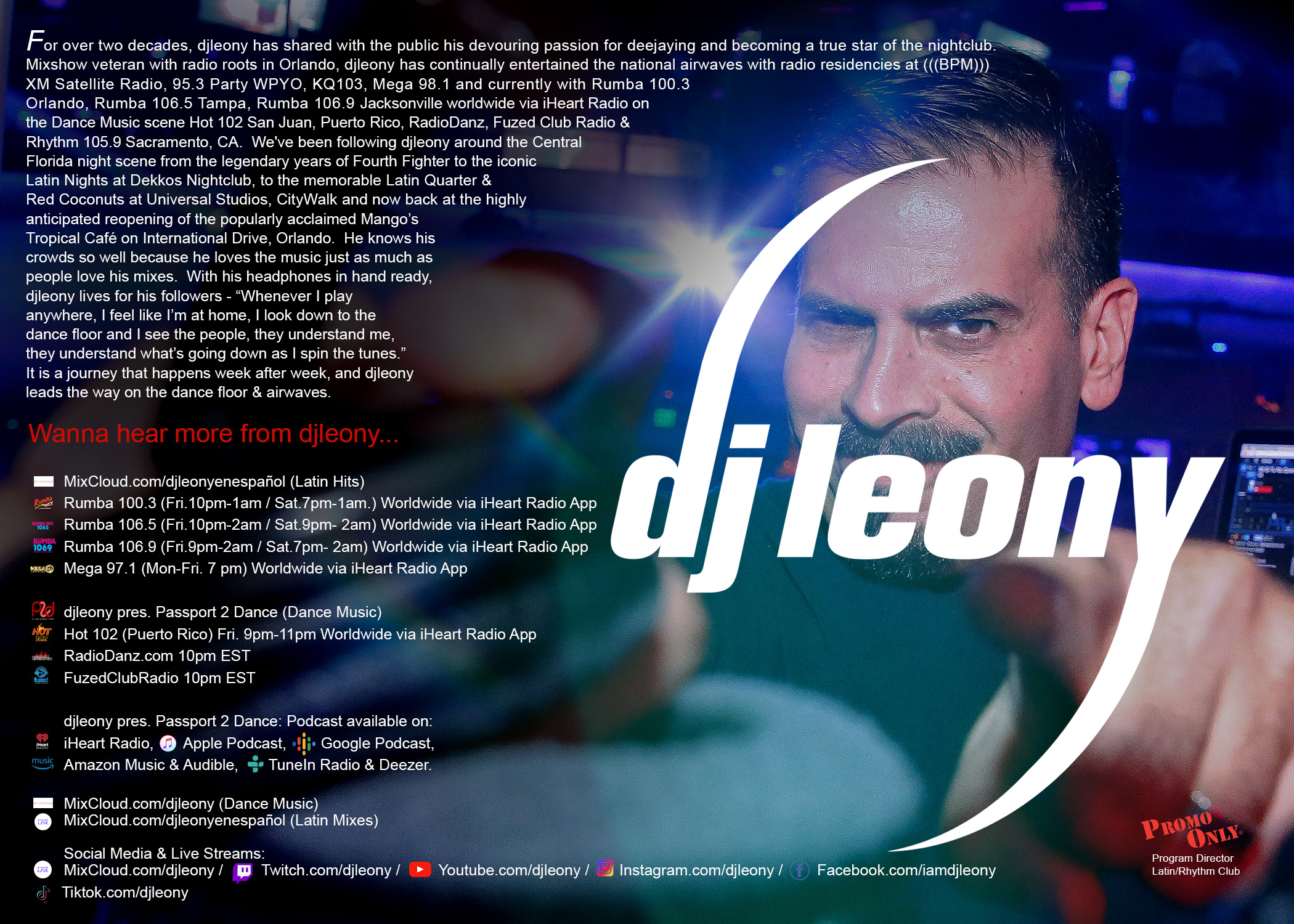